In 2007 we took a group of regular young healthy people and filmed them going through a challenge to eat mainly plant based foods for 30 days. Unsupervised and with the option to include small amounts of animal based foods, the diet was similar to the Longevity Diet that has now become popular among Functional Medicine Practitioners.

Before and after blood tests with the Biosignia Lab revealed the group reduced their risk of developing cancer, diabetes, heart disease and stroke by up to 50% and grew on average 4 years biologically younger in as little as 30 days.

In the 1st half of the film, insights from popular plant based nutritional doctors Neal Barnard MD and T Colin Campbell, help all of us, that grew up on traditional diets, to rationalize how eating plants could have such a dramatic impact on our disease risk profile and longevity.

In the 2nd half of the film, viewers will see that lifestyle factors are just the tip of the iceberg. The participants minds were blown, and physiology transformed when they were exposed to advanced healing work of Larry Steel, Atherton Drenth and Lori Wilson.

The film also features the insights of Dr David R Hawkins MD. One of the intents of the film was to introduce Hawkins' work to the viewers unfamiliar with his work, as it is in a league of its own and serves as the ultimate tool for Self empowerment.

"Look out "The Secret". Voyage to Betterment is the next generation film of applied enlightenment." Bryce Wylde, Dr Oz featured Expert.

After viewing the film be sure to view the Red World Green World Course with centenarian phenom Margaret Chaney.

Margaret does not exercise, eats meat, wheat, gluten and greasy potato chips, yet remains sharp as a whip. She lives by her amazing discovery that will change the face of medicine and nutrition.

"Ms Chaney has made an important clinical discovery corroborated by my 45 years of clinical and research experience. Perhaps in 20 or 30 years academics will discover her findings." David R Hawkins MD. 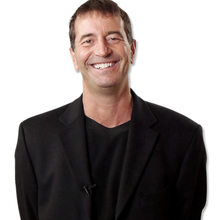 A long time ago I did the holistic basics: eat plants, learn yoga & Reiki. I stopped practicing Reiki after learning B.O.S. with Larry Steel, which was far more comprehensive and effective.  I then studied and trained with world-renowned medical doctors, scientists and healers and served as a vehicle to bless many with the Sacred Relics of The Buddha.  I do my best to help those who are interested to: discover the depths of their essence to fulfill their potential; transcend re-occurring undesirable issues and limitations; or heal or help others heal quickly and effectively. I make no claims and only report what I have done for myself and what others have experienced.